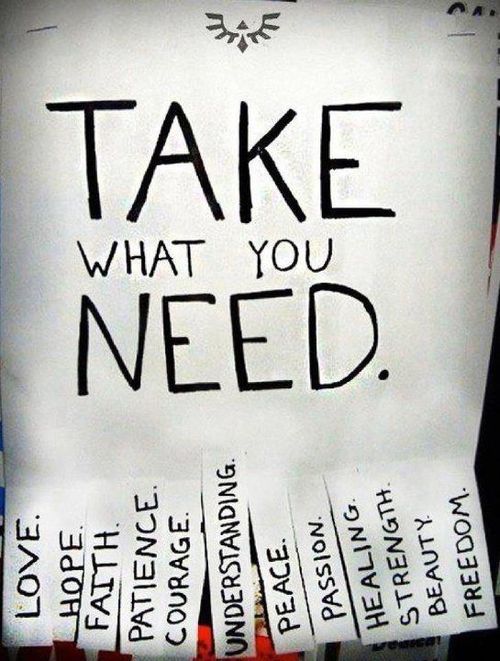 Power without compassion is the worst kind of evil there is.

In order to win our love and trust, a psychopath must gain two things — power and control. Without those, they are nothing.

The greater the power, the more dangerous the abuse.

But you hold The Grail, the thing a psychopath so desperately wants. The psychopath pursued you, for a reason. You were the one who had the power, and it never left you. You had the power to have brought the whole charade to a screeching halt in an instant, if you had only known. (But you didn’t know; there’s no way that you could have.)

And your power goes far beyond that. It is real and enduring. It is the power to love, and to make the world a better place for the people in your life. Psychopaths may have the power to manipulate, but that’s a cheap and temporary form of power. All they can do with it is make life worse for the people around them.

We have a new power now, the power to end a victimization as soon as we become aware of it — as long as we don’t doubt ourselves or leave our perceptions or our needs open to debate. That was part of our undoing in the past. A psychopath can’t continue doing his or her thing when we see what’s happening and then tell him to get permanently lost. We don’t need to stick around long enough to make a diagnosis, because cognitive dissonance will work against us (as many of us know so well).

Cognitive dissonance is — in and of itself — the only ‘diagnosis’ we need, one that means it’s time to run, not walk, out the nearest exit. When you’re riding an emotional roller coaster that plunges from elation to despair, when you’re not sure who someone really is or how they really feel about you, that means not to even waste your time trying to figure it out. It means run for your life and don’t look back. Sometimes, running is the most powerful thing you can do because it allows you to save yourself.

The most common way people give up their power is by thinking they don’t have any.

Psychopaths, who want something from us, present themselves as having something we desire, which of course isn’t really true. When love bombing turns into devaluation (the point when your elation at finding love turns into the fear of losing it), it’s known as the ‘manipulative shift.’ That’s when the psychopath ‘takes’ your power and gains control. What he or she really does is hide your power from you by covering it with doubt, fear and shame. Creating those emotions is what enables him to control you while he tries to get what he wants and destroys you in the process.

The measure of a man is what he does with power.

When you have something that someone wants, you are at risk. Likewise, when you believe someone is offering you something you want, you are also at risk. This isn’t a cynical viewpoint — it’s simply a truth we need to be aware of. Accepting hard truths like this protects us from people we don’t want in our lives.

What you give power to has power over you, if you allow it.

In a previous post, I told you what the psychopath I knew said to me at the start of the victimization: He told me it was imperative that the balance of power remain equal, because a relationship will go wrong if it doesn’t. He warned that the one who had the most power would care less and would control the relationship, while the one who had the least power would care more and would be miserable. When that happened, he said, everything would go straight to hell.

His mind was obviously on power from day one, just like every psychopath. He had a plan.

We weren’t aware of what was really happening, because we didn’t know we were being manipulated. We weren’t as wise as we are now.

If you don’t control your mind, someone else will.

We weren’t perfectly clear about what we wanted, and we weren’t clear that what we wanted was more important than what the other person wanted. Even if we knew exactly what we wanted, we didn’t realize when it turned into something else.  We didn’t have our own agenda, so we went along with someone else’s without knowing it.

If you don’t impose your own terms upon life, you must accept the terms it offers you.

This is why it’s so important to become really clear about what you want (and don’t want) in your life and who you want in your life, and then to create boundaries to protect those things from psychopaths and other manipulators who do nothing but cause great harm and waste your precious time. Now you know so many signs that will serve as warnings to tell you things are not as they appear. What will you do in the future if you sense that something is amiss? Come up with a plan now.

When I dare to be powerful, to use my strength in the service of my vision, then it becomes less and less important whether I am afraid.

After you create your boundaries, you will need to defend them. Assertiveness can be a terrifying prospect for those who have complied, appeased and avoided confrontation at all costs. Here are two thoughts to make it easier: Assertiveness is communicating in a direct and honest way. That’s all it is. Boundaries communicate what is and what is not acceptable behavior from others. That’s all they are. When you defend what you’ve decided is important to you, you take a stand for yourself and your life. Now that’s powerful. That is the super-power of self-love in action.

To exercise power takes effort and demands courage. That is why so many fail to assert rights to which they are perfectly entitled.

We didn’t trust ourselves, so we doubted ourselves and our perceptions. We didn’t know when to give our trust to someone else, or maybe we did know but didn’t stop trusting someone who was no longer worthy of our trust (we need to keep in mind how the first impressions we form about someone prevent us from clearly seeing who they eventually show themselves to be. That’s a basic cognitive bias we all have, and it takes conscious effort to overcome it.). We didn’t realize the places we were vulnerable, so we didn’t know we had to watch for someone zeroing in on and exploiting those weak spots. We didn’t know people exist who are unable to love and who don’t have a conscience, people who are nothing more than predators. Now we know all of this, and more.

There is no knowledge that is not power.

Our power was there, inherent within us, but it was unrealized due to all the things we didn’t know that we didn’t know.  Because of that, it was easy for someone to take that power away. Now we know these things, or are working diligently toward knowing them.

We’ve gained knowledge, wisdom, and confidence. We trust ourselves and we feel comfortable in our own skin. We care a lot more about what we think of others than what they think of us (try it next time you meet someone new, or even with those you already know, and prepare to be amazed). We recognize our limits and accept them. We have a greater sense of self-worth than we have ever known, and we realize it’s what we should have felt all along. Now our power is realized. We feel it and we own it, and we will not let anyone diminish it ever again.

Mastering others is strength. Mastering yourself is true power.

An experience with a psychopath can leave us feeling utterly powerless in the aftermath, but ultimately we can end up with more power than we ever had before. That power comes through the determination to overcome this adversity, and not to stop until we do. It’s a good and enduring kind of power that will serve us and others well.

21 thoughts on “You Had the Power All Along”