A COLLECTION OF READER’S STORIES

There is power in telling your story, and power in reading the stories of others.

There is therapeutic value in telling our stories to people who understand, and also in reading the stories of others and finding out we’re not alone. Telling your story here is just one way to do it. You can also relate your experience to an empathetic, nonjudgemental friend, therapist, or support group, or even by journaling, creative writing, song, poetry, film, or art. To read a story told through poetry, see “Soul Songs,” a collection of poems written by Linda, one of this blog’s readers.

“Writing is an essential step in telling one’s story, because writing enables us to create order out of memory’s chaos.”

–Leila Levinson, Author of Gated Grief: The Daughter of a G.I. Concentration Camp Liberator Discovers a Legacy of Trauma

I regret that I am unable to accept new stories at this time. Heartfelt thanks to each and every one one of you who shared your story here.

SCROLL DOWN TO THE COMMENTS TO READ THE STORIES 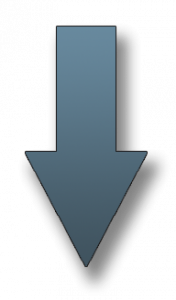 You can find my story here: The Known, the Unknown and the Unknowable

For more stories by male readers, see The Truth About Female Psychopaths, From Those Who Know

The Transformative Power of Telling Your Story