What is it, and why is the charm of the psychopath so powerful? I’m not sure where the following description of charm came from originally, but I think it fits quite well:

Originally a charm was a spell, literally words of an incantation. Then it came to mean an amulet or something worn on the person to ward off evil. From there it became a pretty trinket. It is also an attribute that exerts a fascinating or attractive influence, exciting love or admiration. It is a fascinating quality; charmingness. Charming means fascinating; highly pleasing or delightful to the mind or senses.”

The psychopath’s charm is like a spell, one that’s very hard to break. It’s a charm that relaxes defenses, allays fear, paralyzes the mind, and induces trance.

What exactly is the source of this charm, and how does it work?

This super-charm is one of the most important tools of the psychopath, one they are able to use very well. The reason they’re so good at being charming is their utterly rapt focus on you. It’s the focus of a predator on his prey, adorned with a smile. Literally.

The reason the psychopath can focus so powerfully on you is that he’s not in his head — he’s in yours.

Allow me to explain.

First, the psychopath has zero distractions, which is extremely unusual. Again, he has the intense focus of a predator on his prey. Unlike a normal person meeting someone new, he’s not bothered by things like social anxiety, self-doubt and insecurity. Those things don’t exist for him, so they don’t get in the way. In other words, the psychopath is not lost in his or her head like most of us are, thinking thoughts that prevent us from being totally present and prevent us from really connecting with another person. Of course we do connect with others, but It usually takes some time to feel we’ve connected deeply. But the psychopath is able to create that connection — actually, the illusion of that connection — quickly, sometimes in just a couple of minutes. 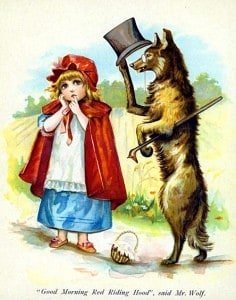 After an encounter with his potent charm, you feel you’ve met someone you’re destined to have a profound relationship with (and you will, but not in the way you imagined). Why is that? It’s because the ONLY thing on the psychopath’s mind is YOU. When the psychopath’s high-beam of charm is on you, he is absolutely present. When that presence is focused on you, it’s fascinating. Charming, actually. And we’re simply not used to that level of “presence.” We’re not used to being the subject of such intensely focused attention, and that is very compelling in and of itself. Combined with the psychopath’s ability to act in a tailor-made way that’s perfect for the victim, the experience becomes mesmerizing.

And because that presence is combined with an intense desire that needs to be gratified, the charm is on another level entirely. As one victim of a psychopath said, “The sun shines on you, and it’s glorious.” Light is a common theme in descriptions of the psychopath’s charm. It’s like an entrancing beam of light you can’t turn away from, and sometimes the wattage is turned up so high that it’s blinding.

Second, when you’re talking, the psychopath is never busy thinking of what he’ll say next. His response depends entirely on listening very closely to you so he can reply in whatever way that gets him what he wants. That’s the psychopath’s goal in having a conversation with you. The only reason he wants to get to know you is to find out how to manipulate you. He turns on the charm — which is his generic (but very effective) all-purpose mask — while he creates the perfect mask just for you, the persona that will enable him to get what he wants from you.

Many of us learned the hard way that when you knock on the psychopath’s door, no one’s home. There’s a reason for that.

This also explains the psychopath’s “sixth sense” ability to read people so well, that uncanny ability he or she has to easily see who is vulnerable, to know which target will respond to him, to know just the right words to say, to quickly learn your deepest desires so he can pretend to fulfill them, and to learn your deepest fears and insecurities so he can inflict the most damage when the inevitable boredom and contempt a psychopath experiences set in. The psychopath’s sixth sense — and his charm — come directly from his abilities to be completely present, to focus completely on his prey, and to have self-gratification as his only goal.

How charming is that?

Three years after writing this post, I came across research that helps to explain the intense focus of the psychopath.

Researchers at Vanderbilt explored the connection between dopamine and psychopathic behavior. David Zald, associate professor of psychology and psychiatry, said “These individuals appear to have such a strong draw to reward — to the carrot — that it overwhelms the sense of risk or concern about the stick.” Part of the study involved giving amphetamines to both psychopathic and non-psychopathic test subjects, which led to the discovery that in response to the drug, the brains of the psychopathic subjects released FOUR TIMES as much dopamine as the non-psychopathic ones.

It sheds some light on the big question of why psychopaths behave the way that they do. Their intense reward-seeking motivation consumes their attention wholly until they have fulfilled their desire. When they want something, they become hyperfocused and cannot be distracted.

Read more about psychopaths and dopamine in the post, It’s Not You, It’s Me and My Hyper-Reactive Dopaminergic Reward System