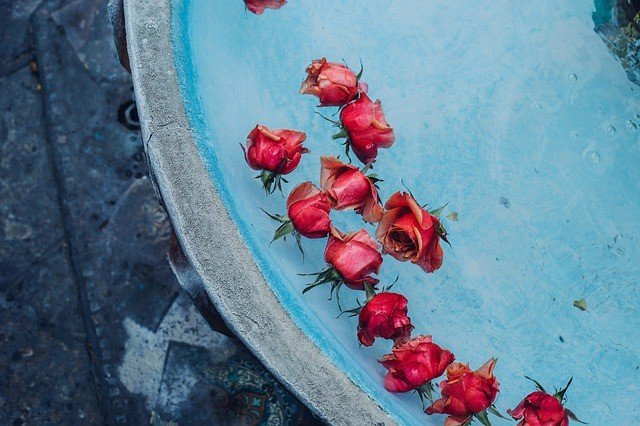 “Norms of forgiveness seem unduly to burden the oppressed.”

There are many arguments in favor of forgiveness, but are they valid? And I don’t mean valid to your mother or your pastor or your best friend, but to you.

I’m not advocating that you remain angry and bitter for the rest of your life. What I’m saying is forgiveness is not the only way to let go of the anger. There are other ways, and they don’t require us to pardon the abuser if we are opposed to that.

This is a good time to recall some of our basic rights, many of which we seemed to have abandoned or forgotten while involved in a pathological relationship:

(You can read the rest on the “REBOOT” page)

In light of these basic rights, the issue of forgiveness might just be the perfect place to start putting these rights into practice.

Why do I say that? Because a large part of healing is learning to acknowledge and trust our own feelings, preferences and choices again, instead of letting others dictate to us what we ‘should’ feel and what we ‘should’ do. We’ve all had enough of that kind of manipulation. So why let it continue with the issue of forgiveness?

“In the process of recovery, most people do not mention forgiveness as part of their progress”

All quotes in this post are from the Florida Philosophical Review, Volume X, Issue 1, Summer 2010, Reconciling with Harm: An Alternative to Forgiveness and Revenge, by Nancy A. Stanlick, University of Central Florida

“Feeling miserable is compatible with forgiving someone while lamenting the fact that harm was done.”

There is a pervasive idea that we have to forgive everyone all the time, and if we don’t, there’s something wrong with us. It’s as if a victim doesn’t have enough to deal with already. We have more than enough to deal with in overcoming our victimization and the results of it, and then we are victimized yet again by the Forgiveness Brigade that wants us to believe it’s something vital that we must do, for whatever their reason.

I believe it’s is far more therapeutic to refuse to forgive if you don’t want to — after all, we were controlled by this person who harmed us, and now we’re working toward getting our strength and our independence and our own voice back — so why should we again be controlled by others, who are now admonishing us to forgive? It seems so virtuous, so we don’t see it for what it really is.

Some things are simply beyond forgiveness, and we will each decide what that means based on our own personal experience. In time, many of us — myself included — simply became indifferent. Forgiveness was not warranted, nor was it necessary for healing to occur.

“A severely harmed person may have no interest in forgiving…she recognizes that as a harmed person she may still lack trust, feel violated, and suffer continuing harms as a result of the initial harm done to her. In such cases, there may come a time at which the perpetrator becomes irrelevant in her personal odyssey in experiencing harm, reacting to it, and finding a way to rebuild a life shattered or imperiled by harm.”

If you choose not to forgive this particular person in this particular situation, it doesn’t mean you’re an unforgiving, hard-hearted person who never forgives anyone. There are plenty of reasons you may not want to forgive the person who victimized you. Maybe you don’t feel he deserves it because of the magnitude of what he did to you, or because she didn’t feel any remorse. Maybe you’re recovering without giving forgiveness a second thought. Whatever the reason, it’s yours, and you have a right to it.

“Forgiveness fails as a reaction to severe, egregious and long-lasting harm because it does not reliably or necessarily help a harmed person regain trust simply by letting go of hostile feelings toward an offender. What the harmed person consistently experiences and that with which she must deal is harm itself and its attendant effects.”

A reader named Bel commented, “I gave myself closure about two months ago and my healing has now really escalated. After forgiving myself, all of the anger and pain dissipated – it comes back now and again – but with nowhere near the level and viciousness it hit me with for the best part of a year after separating. And I am better able to deal with it and let it go. Note: I have not forgiven him, I have forgiven myself. There is no obligation on our part to forgive someone who has deliberately gone out of their way to f**k us over, ever.”

I could not agree more. Yet there is pressure to forgive, and if it doesn’t come from others urging us to do so, it comes from ourselves, through the beliefs we’ve internalized that originate with our families, friends, religions or cultures. As Bel has shown us, forgiving the perpetrator is not necessary for healing. But many believe the persistent myth that it is necessary, and then beat themselves up for not being able to forgive or for not wanting to forgive. After what these people have done — compounded by the fact that they have no remorse for it — do they deserve our forgiveness? We already gave them far more than enough, again and again, and they kept blowing it.

I say own your feelings, because they exist for good reason. The day will come when you go on with your life and feel peaceful and happy, no forgiveness required. In time you will feel indifferent to him or her and it won’t matter.

The article I’m quoting gives an alternative to forgiveness, revenge, or reconciliation, which are the three options usually available to us. This alternative is called ‘reconciling with harm.’ It helped me quite a bit at the time. As the author says, “I wish in this paper only to consider harms that are serious, long-lasting, continuing, and perhaps even devastating for the person harmed.” If you would like to learn more about this fourth alternative, please read the paper: Reconciling with Harm: An Alternative to Forgiveness and Revenge. Clicking the link will download a PDF.

“As Solomon Schimmel notes, ‘to advocate forgiving all offenders and all offenses because everyone commits some offenses blurs all distinction between degrees of sin, evil, and crime.’ In short, Schimmel’s view is that the simple fact that we all at some point commit some offense(s) does not lead to the conclusion that we are all equally culpable and thus equally forgivable since there are offenses that are significantly different in their effects or intentions from others that are minor, short-lived, or generally insignificant… Further, even if in general all of us commit some offense(s) at some time, this is largely irrelevant to specific cases in which the harmed person did not commit any offense against the offender…”

FORGIVENESS: The Other F-Word

51 thoughts on “Should You Forgive the Psychopath?”