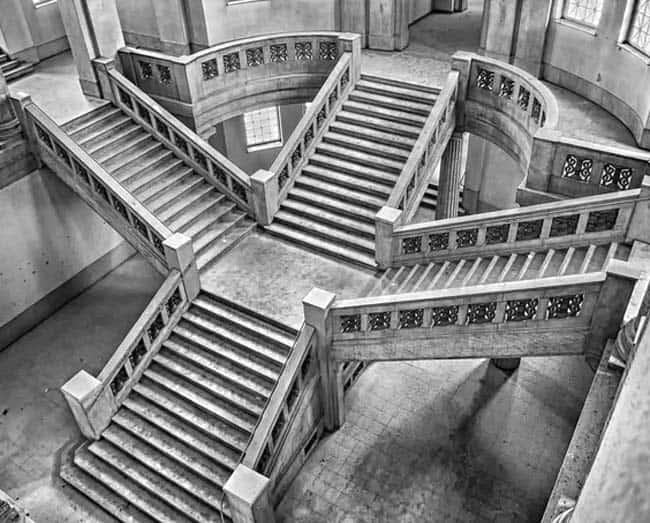 Doubt is the main theme when involved with a psychopath. They are the embodiment of duplicity, contradiction, and confusion. The whole charade exists under the shadow of doubt. Doubt permeates it like a thick fog blanketing a city. It seeps through the tiniest cracks, and nothing can make it lift other than the clear and revealing light of truth.

You had doubts about them, but they made you doubt those doubts. Their manipulation and the confusion it caused made you doubt yourself, down to the very core of your being. You questioned your own perceptions and even came to doubt your own worth. And after it was over, the doubt didn’t end. Maddening doubt about who they really were and what really happened took hold of your mind and refused to let go.

So is doubt your friend or your foe?

“Doubt is your friend, but don’t ever doubt yourself.”

That gem of advice was given to me by a psychopath. Why? Who knows. He said there would be no victims if we remembered that and lived by it. It was tied for the best piece of advice I’ve ever gotten. What was the other? My mom telling me that actions speak louder than words. I didn’t really, truly get that until it was too late. Now I do, and I hope you do, too.

DOUBT:
verb
1. to be uncertain about; consider questionable or unlikely; hesitate to believe.
2. to distrust.
noun
3. a feeling of uncertainty about the truth, reality, or nature of something.
4. distrust.

SELF-DOUBT:
noun
1. lack of confidence in the reliability of one’s own thoughts, motives, personality, etc.

When I read that quote, I thought “Marty never met a psychopath!” But it turns out that he was right, because a psychopath’s greatest weapon is instilling self-doubt in their victim. When they do that, the deal is sealed. It enables them to get away with whatever they want to get away with, and to diminish us at the same time. As our doubts about them are struck down and pacified, our doubts about ourselves grow ever larger. They create our self-doubt and and then they nurture it.

Psychopaths are masters at making us doubt ourselves and their manipulation. This is why you suffer from cognitive dissonance when it ends, ruminating and obsessing and endlessly going back and forth in your mind without resolution. You vacillate between the truth and the illusion. You were led to doubt your own perception of events and to doubt yourself.

“Faith and doubt both are needed – not as antagonists, but working side by side to take us around the unknown curve.”

“Faith” means self-trust (the opposite of self-doubt). In this context, it’s the trust you have that your doubts about someone exist for a reason. Faith in yourself, which gives you faith in your doubt, can go a long way to protect you. It’s not about being mistrustful — it’s about listening to those doubts that arise, and trusting them, and not letting anyone ‘explain them away,’ blame you for them, or shame you out of them.

Your doubts exist for a reason. In a healthy relationship, it’s not usual to repeatedly question your partner’s honesty or fidelity or love or motives. It’s not usual to be consumed by anxiety and uncertainty and guilt and desperation. It’s also not usual to feel like less than you were before and to be left doubting yourself.

Doubt is painful and unwelcome because we don’t want to give up our treasured belief in someone. This makes it easier for that someone to silence us and our doubts. But doubt is persistent when it’s warranted, and it soon returns. Gaslighting, lying, and the silent treatment don’t resolve doubt; they only silence the doubter, temporarily, while making the doubt grow ever larger deep beneath the surface.

In order to hold on to our treasured beliefs, we accept when doubt is turned on ourselves instead of the one who deserves it. That self-doubt keeps hope alive, but it kills us in the process.

Your task now is to separate truth from lies, and to trust yourself in the process of doing so.  There is no reason for you not to trust yourself. You know how hard your tried to save the relationship from coming to an end. And you know that when you tried, you repeatedly came up against someone who had no compassion, and no understanding, and who would not take responsibility for anything.

The simple fact that you have so much doubt points to the truth.

“Cherish your doubts, for doubt is the attendant of truth.
Doubt is the key to the door of knowledge; it is the servant of discovery.
A belief which may not be questioned binds us to error, for there is incompleteness and imperfection in every belief.

Doubt is the touchstone of truth; it is an acid which eats away the false.
Let no one fear for the truth, that doubt may consume it; for doubt is a testing of belief.

The truth stands boldly and unafraid; it is not shaken by the testing;
For truth, if it be truth, arises from each testing stronger, more secure.

Those that would silence doubt are filled with fear; their houses are built on shifting sands.

But those who fear not doubt, and know its use, are founded on rock.
They shall walk in the light of growing knowledge; the work of their hands shall endure.

Therefore let us not fear doubt, but let us rejoice in its help:
It is to the wise as a staff to the blind;

Doubt is the attendant of truth.”

Doubt is the attendant of truth.