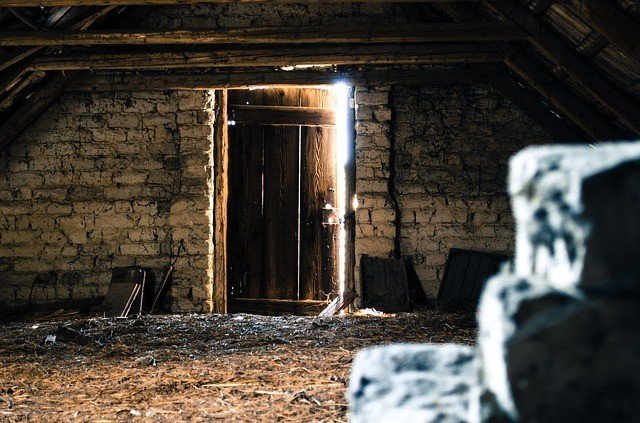 “It was a mistake. But the cruel thing was, it felt like the mistake was mine, for trusting you.”

How will I ever trust again? That’s a question I hear again and again. And it’s not surprising, after the profound betrayal we experienced.

“Psychologists offer clinical evidence attesting to the devastating effects of betrayal. Betrayal acts as an assault on the integrity of individuals, affecting the capacity to trust, undermining confidence in judgment, and contracting the possibilities of the world by increasing distrust and scepticism. Betrayal changes not only our sense of the world, but our sensibility toward the world,” says Rodger L. Jackson, in The Sense and Sensibility of Betrayal: Discovering the Meaning of Treachery through Jane Austen.

But life will not be good if we can’t trust others. “The risks of betrayal or rejection, though real, are outweighed by the certainty of insecurity and loneliness if we choose isolation,” according to Gordon Shippey, PhD.

What are we to do? Should we trust or not trust?

How about neither one? It turns out there’s another choice available to us.

I have a whole new take on trust after the psychopath, which I’ll explain later in this post. I realize now that before this experience,  I either trusted someone or I didn’t. That was dangerous. There was no middle ground, because trust wasn’t something I considered consciously; it just sort of happened without me being aware of it.

But once someone gains our trust and we hold an image of them as a trustworthy person, amazing things can happen. Psychopaths and other con artists count on this.

“Trust is absolutely pivotal. I try to cultivate trust in anyway I can. Empaths are blinded by positive emotions and are irrationally attached to the impressions they have of people.” ~ An anonymous psychopath

What is trust? “Trust is the ability to be vulnerable with another person. When you trust someone, you feel certain this person will keep your best interests in mind. You believe they are who they say they are. You believe the deepest parts of you will be safe with them,” write Townsend and Cloud, authors of Beyond Boundaries: Learning to Trust Again in Relationships

I hear a lot of people say if only they had listened to their gut, none of it would’ve happened. In response, I ask “Then why didn’t you?”

The answer is that psychopaths excel at disarming our gut feelings, which is precisely what makes them so dangerous, according to Mary Ellen O’Toole, the FBI’s leading expert in psychopathy.  She says that since our gut feelings aren’t reliable, we need to have another system in place. That system is based on critical thinking.

Whatever you do, don’t try to protect yourself against future victimization by vowing to trust your gut!*

*WITH ONE IMPORTANT EXCEPTION: If your gut does tell you something’s wrong or that you’re in danger, then you should absolutely listen to it.

Developing trust in another person is usually outside of our conscious control. We believe we can “feel” or “just know” whether someone is trustworthy or not. This isn’t true.

“Just knowing” or “feeling” that someone is trustworthy come about from the automatic ways our brains work. Our brains are, in many ways, still mysterious. But one thing cognitive scientists do know for sure is that a factor underlying cognition, or thinking, is that the brain uses shortcuts called cognitive heuristics (or bias) to process information quickly and efficiently. The side effects of the shortcuts that optimize human cognition demonstrate the limitations of human reasoning. These shortcuts can impair decision-making.

“A cognitive bias refers to a systematic pattern of deviation from rationality in judgment, whereby inferences about other people and situations may be drawn in an illogical fashion. Individuals create their own “subjective social reality” from their perception of the input. An individual’s construction of social reality, not the objective input, may dictate their behavior in the social world. Thus, cognitive biases may sometimes lead to perceptual distortion, inaccurate judgment, illogical interpretation, or what is broadly called irrationality.” (Wikipedia)

Decision-making that relies on instinct and intuition is risky because humans are not inherently impartial. Scientists have observed and named many cognitive biases and logical fallacies that adversely affect our decision-making ability. Left unchecked, subconscious biases will undermine strategic decision making. Here are just a few that relate to trust:

“Although cognitive biases can sometimes be helpful in familiar situations or in dealing with predictable threats, they can lead to catastrophic failures in assessment of unfamiliar and unpredictable adversaries,” according to Tomek Strzalkowski, PhD. at the University at Albany. The psychopath was most definitely an unfamiliar adversary.

“Whenever we meet new people, our brain automatically and immediately begins to categorize them in some way – male or female, same or different, friend or foe – in order to predict what is likely to happen next. In those first seconds, we unconsciously decide whether or not to trust. Once we are convinced that someone is or is not to be trusted, we will go through all sorts of mental gymnastics to reinforce that initial judgment… The first step to making better decisions about whom to trust is to realize that we are all biased. While these mental shortcuts work reasonably well most of the time, they also leave us vulnerable to a variety of judgment traps. This is especially true when it comes to trust.”

I overcame my fear of trusting again when I decided to take trust out of the control of my subconscious cognitive biases and use critical thinking instead. The National Council for Excellence in Critical Thinking defines critical thinking as the intellectually disciplined process of actively and skillfully conceptualizing, applying, analyzing, synthesizing, and/or evaluating information gathered from, or generated by, observation, experience, reflection, reasoning, or communication, as a guide to belief and action.

That’s what led me to another choice beside trust or mistrust:

What this means is I don’t trust someone or mistrust them, automatically without even being aware of it. I no longer trust someone because I “feel” or “just know” they’re trustworthy, nor do I automatically mistrust them because of my past experience with someone untrustworthy. I have neutral trust instead, which is an ongoing process based on my observation of their behavior (not their words).

When someone gains my trust, I take notice of that moment. And I make sure they keep my trust only as long as they continue to be trustworthy. Without this in place, people can become untrustworthy for a long time until we finally figure it out or act on it. That premise is something I think most of us are familiar with.

It’s as simple as that. I have much less fear of misplaced trust. Is it risk proof? Nothing is, but I believe it’s a big improvement.

A few other things factor in to feeling more confident about trust:

Developing clear and strong boundaries. Chances are that the psychopath taught you exactly what your boundaries are. From here, you might have also uncovered a lot of other things in your past and present relationships that you won’t allow anymore.  Once you’re clear on your boundaries, you have to make a commitment to stick to them for this very important reason: If you’re willing to bend your rules for someone, willing to break a promise you made to yourself that would protect you from another relationship with a disordered person, there’s a good chance you’re having your defenses disarmed. Someone who is trustworthy and truly interested in you will respect your boundaries. Someone who isn’t will pretend to respect them, at first.When you seem to willingly throw all caution to the wind despite commitment to your boundaries, a large red flag should appear in your path. For god’s sake, please read my book on boundaries after a pathological relationship if you haven’t yet worked on your boundaries.

Trusting yourself. That takes confidence. Not confidence in others, but confidence in yourself. Confidence in yourself means you trust yourself. It can be hard to do this for a while, because we made such a grave error in trusting the psychopath. But I’ve learned a lot since then, and I think you have, too. Even if you know you have, it can be hard to trust your new knowledge and awareness. The only way to do it is to take it for a test drive. When you think you might be ready but aren’t quite sure you should trust what you’ve learned, go out and meet new people. Meet new friends. Go on a few dates. You may find, like I did, that you’re a different person, in a very good way.

“After a marriage with a person I now know to be narcissistic and then a relationship with a psychopath, the issue of trust took on huge dimensions for me. I was frightened and broken. But I was also determined to read all I could and learn about the disorders. I also was determined not to get into another relationship and just be with myself.

I would advocate that every woman recovering from a pathological take time out from romantic relationships for some time. Gradually I began talking to men again and was delighted to discover that I could see a player a mile away. My boundaries firmly in place, I found myself observing them.

I love the fact that I now have my own back and trust my perceptions one hundred percent. But this came very gradually, and the more I practised it the more confident I became. Its possible to get here, but only when you value yourself enough to take the time to work on yourself. And patterns of behaviour can be identified over an extended period of time.”  ~ Ann

34 thoughts on “To Trust or Not To Trust… Is That the Question?”