That’s how one reader described the intrusive thoughts that plague us long after a psychopath is out of our lives. Other descriptions I’ve heard:

An infection in my mind

An endless game of ping-pong inside my head

It definitely felt like an infection to me. I remember how maddening it was to have those unwanted thoughts and how I wished they would stop, yet I was powerless to stop them. My mind seemed to have a mind of its own. I wondered if they would ever go away and how I would stand it if they didn’t. Many of you are probably dealing with this right now.

I’m here to reassure you that the intrusive thoughts will eventually fade away. Thoughts about it will still arise, but they will happen much less often and they will lose their power over you. Your peace of mind will return.

In all honesty, I was surprised at how long that took. In my case it lasted about two years. It seemed to me that those thoughts had long ago lost any useful purpose, but still they bubbled up from the depths of my psyche.

For several months, during the time my trauma was most acute, the intrusive thoughts were frequent (constant, really) and my emotional reaction to them was intense. As my cognitive dissonance about who he really was —  soul-mate or worst enemy?  — resolved over the next year or so, the frequency and intensity began to subside. But the thoughts and memories that arose, unbidden, still caused me great sadness.

“They are like self-replicating thought spirals that I cannot control.”

Once the trauma bond broke, which took about two years, I was no longer emotionally attached to him and the thoughts that arose no longer caused me pain. I found them annoying, though. It’s been three years now and I’m comfortable with where I am; I have random thoughts of him several times a day, but it doesn’t bother me. I don’t consider these thoughts “intrusive” or unwanted; they’re just thoughts, like any other thought.

I still dream of him on occasion. In a recent dream, he was a dirty old slumlord in a dank, seedy low-rent version of the playboy mansion. I was trying desperately to find my way out of his dark, labyrinthine underworld. I escaped by way of a door with a neon “EXIT” sign over it. Too bad things aren’t that easy in real life.

“There has got to be a way to get him off my mind without having a frontal lobotomy.”

Intrusive thoughts stem from cognitive dissonance, the trauma bond, and trauma or PTSD. As you heal, the thoughts diminish. There is no other way, at least that I know of, to stop them. Accepting that intrusive thoughts will happen, and knowing they will one day subside and lose their power over you, might help a little in the meantime. Another thing to keep in mind is that those intrusive thoughts are the catalyst that keep us going on our quest for recovery, and that as we resolve the questions and issues behind the thoughts, the thoughts resolve as well.

(Read about a new, and perhaps more effective, way of treating PTSD: Reflections on Trust and Trauma)

I have a theory for why I still have thoughts of him several times a day, and why I might always have them, even though the trauma, dissonance, and emotional attachment have resolved.  I believe these thoughts come from the experience of having encountered someone who wasn’t at all who or what he had me believe he was. His real identity was something I’d never so much as even imagined, let alone expected to ever have come into my life. Such a profound shock reverberates deep into our souls.

I knew there were evil-minded people in the world, but to experience one of them on such a personal level, disguised as someone who loved me, was unimaginable. It gives real meaning to Ceasar’s quote, “Your greatest enemy will hide in the last place you would ever look.” So true; we would never expect to find our greatest enemy hiding in our own heart. It is so at odds with what we are that perhaps some part of us will never fully accept the ugly truth and will forever be at work behind the scenes trying to reconcile it. That’s fine with me, a small price I’ll gladly pay for being human. 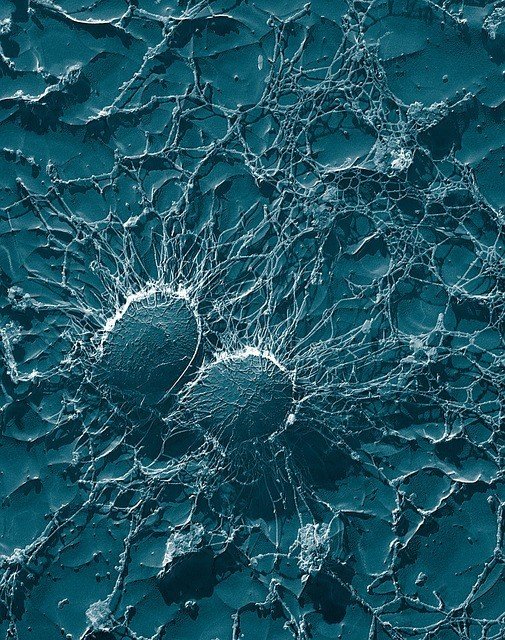 “An infection… not in the body, but in the mind.”

“I realized this morning how pervasively he still lives in my head. I am tired of him! I want him gone from my mind. I’ll keep the memories as a warning, but I want my day-to-day thoughts not to include him any more! I suppose I can want and wish and hope ’til I’m blue, but it will take time… just time… and maybe it never will entirely happen. Like an infection that takes up residence in the body, but this one is in the mind.” ~ A reader

There may even be a silver lining in the dark cloud of intrusive thoughts:

Their findings question the idea that intrusions are necessarily pathological. Certain forms of intrusion may actually be beneficial.  As opposed to intrusive cognitive processing characterized by repetitive, negative and unwanted thoughts, deliberate cognitive processing refers to repetitive, purposeful throughts focused on the struggle to meaning.

The implications for the treatment of trauma are profound.

Traditionally therapists have tried to help people rid themselves of their intrusive thoughts but the suggestion that arises from this study is that rather than treating intrusions as symptoms of disorder sometimes it may be more valuable to help people to take control of their intrusive thoughts and steer them purposefully.” ~ The Paradox of Trauma, Psychology Today

You may want to try this:Want To Reclaim Your Power? Re-Write Your Story!

Take a quiz and find out if you might have PTSD

A powerful poem from Linda, our resident poet…

This is a poem written as acknowledgement of evil, and a celebration of the human spirit that will seek freedom, empowered by the very forces that would try to destroy it. The predator in my life inflicted terrible wounds which have healed stronger than ever, and I have powerful wings now that I might never have recognized, had he not forced me to fly. I cherish my freedom, but memories persist, some steel threads remain.

Bright star, meteor
Wizard, weaver of dark dreams:
I slept in winter’s arms
Safe and sheltered. You came shining
Shattering my sanctuary, tearing down the walls.

Dance! you said, And I will lead
Sing! you said, In perfect harmony
Fly! you said, Together!
I, enchanted, rose to follow
Knowing nothing of your artistry, those black arts.

You wove a world of words
A mirrored hall reflecting my lost longings
And perfect promises
That led like little woodland trails
Into a wilderness of meaningless deceit.

I tasted rapture but it was illusion;
All was false, a fragile fabric,
Backdrop to my ultimate destruction
At the hands of a phantom, masquerading
As the lover of my dreams.

I cloaked you in my fantasies
As you began to tear apart my dreams
With cruel intent, and as I watched, the mask
That had bewitched me slipped aside
And there I saw the feral face of evil, watching me.

Puppet Master, pulling strings
Like steel threads embedded deep
Controlling every step
Of that slow dance to living death
Within a world gone dark with pain.

With fear that chilled my blood
And eyes now opened to the truth
I twisted in your talons, unable to escape
The sweet seduction of your song,
Mesmerizing, beautiful, malign.

Deep within I heard the call of freedom,
Far beyond my reach I saw the open sky;
By force I tore myself away at last. I fled,
My heart still tethered to those steel threads,
Fighting for my soul.

Bearing wounds, wearing wings,
Feeling still the Puppet Master’s hands
On cords that remain within,
I am stronger, flying higher, singing my own song…
And waiting to forget.

33 thoughts on “Persistence of Memory: The Phenomenon of Intrusive Thoughts”