Never Trust Your Gut…Unless it Tells You to RUN 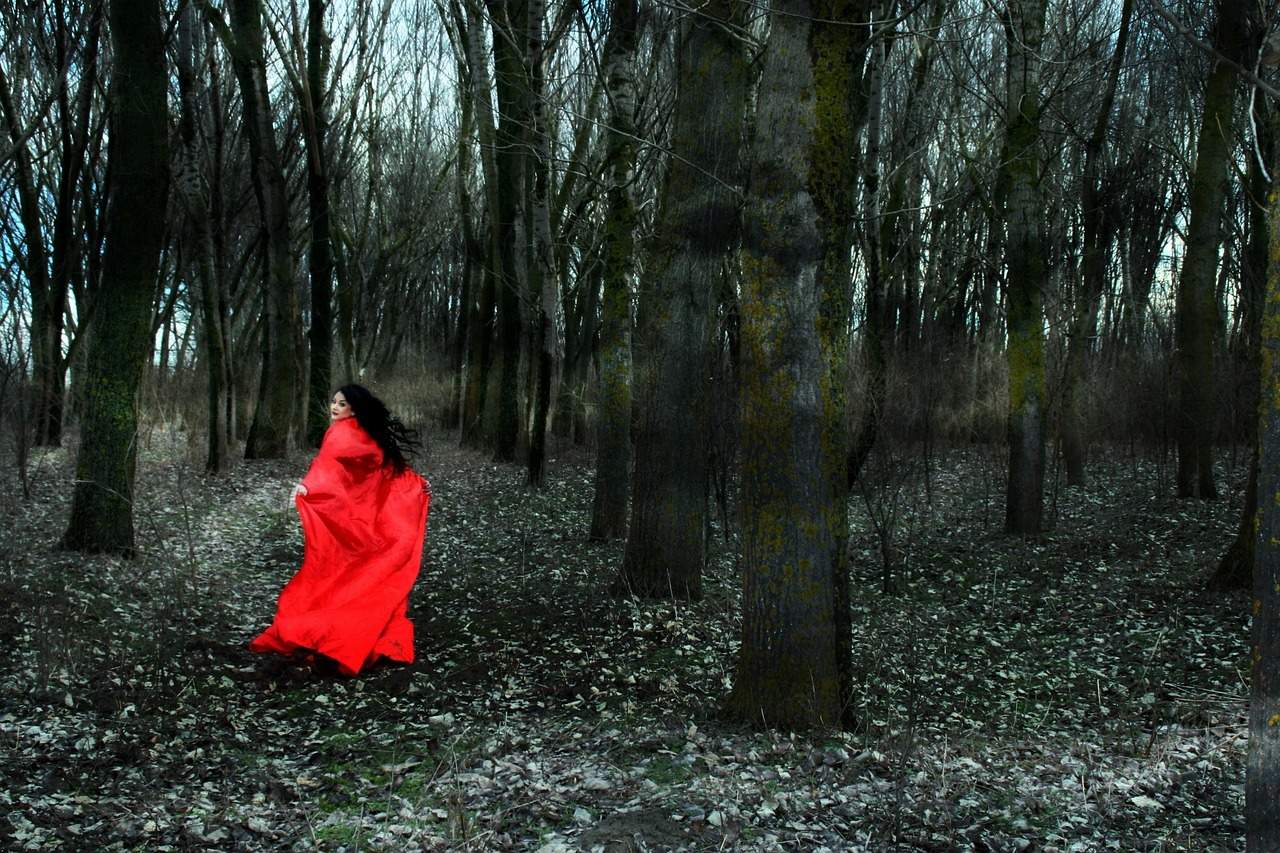 That’s what common wisdom tells us. We’ve got our built-in Spidey Sense working behind the scenes to protect us, if only we would listen.  We’ve got our Bat Girl or Bat Boy Glasses on, ready to spot the first hint of potential trouble. Or…maybe not.

Victims of all kinds are often blamed for not listening to their intuition or for ignoring their “gut instincts.” Surely we must have known! It would have never happened to them. We even end up blaming ourselves.

So what happened? Where were our gut instincts when we needed them? And if they did sound the alarm, why didn’t we listen?

Psychopaths are very good at disarming our gut instincts. Sometimes, our alarm bells never go off at all. Even if we do have a bad “gut feeling,” they’re skilled at getting us to let down our guard and push our doubts aside.

Many of us have experienced this, or we wouldn’t be here at this website. I’ve heard many former victims berate themselves for not listening to their gut feelings. They either say they did have a bad feeling but ignored it, or they never got bad vibes at all, which they blame on being “out of touch” with their intuition. These ideas point to a fundamental lack of understanding about what manipulation really is and how it works. When someone says, “I just didn’t listen to my intuition, but next time I will,” it means they’re still at risk.

Our ‘guts’ are not reliable indicators of danger or safety. I’m not suggesting that if you have a bad gut feeling about something, you should ignore it. Not at all — that would be foolish. As the title says, “Never Trust Your Gut…Unless it Tells You To Run.” This article is about what to do when your gut stays neutral or when it gives the “all clear.” No one’s gut is right 100% of the time. It’s not reliable enough to base your safety on.

Our gut feelings aren’t some magical, mysterious, and infallible ability we’re born with. In reality, gut feelings are based on our knowledge  and experience. Gut feelings are sudden, strong judgments whose origin we can’t seem to explain. To us, they seem to emerge from a mysterious inner force, but they don’t. Cognitive science found they actually begin with a perception of something outside ourselves, like a facial expression or a tone of voice. From there, our brain goes into a mode of using its built-in shortcuts. Intuition is an unconscious and super-fast associative process in which your brain takes in a situation, does a quick search of its files, and then finds its best match among all of your stored memories and knowledge. Based on what it finds, you ascribe meaning to the situation in front of you.

Here’s an expert who believes she can tell us if we should trust our intuition or not.  Mary Ellen O’Toole, Ph.D. was one of the most senior profilers for the FBI until her retirement in 2009. She has helped capture, interview and understand some of the world’s most infamous serial killers. O’Toole worked on such cases as the Green River Killer, the Elizabeth Smart kidnapping and the hunt for the Unabomber. 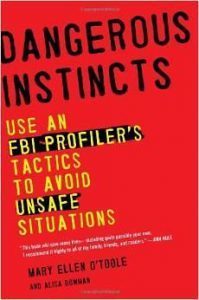 She is recognized as the FBI’s leading expert in psychopathy, and is at the forefront of mental health and law enforcement efforts to apply the concepts of psychopathy to both violent and white collar offenders. She lectures internationally on the application of the theory of psychopathy to real life situations. She gives lectures on psychopathy at the FBI Academy. She is a Fellow with the American Academy of Forensic Sciences. So we may want to listen and consider her point of view when she tells us not to trust our guts.

O’Toole gives 10 reasons why our gut instincts may be wrong. Here are a few of those reasons:

(Learn the rest of the reasons by reading “10 Reasons not to go with your gut.” )

“The man sitting in front of Mary Ellen O’Toole was, she says, a well-mannered guy. “He was low-key. He was nice. He didn’t swear.” He was very proud of his work, which he described in polite, pleasant tones.

His name was Gary Ridgway. His other name was the Green River Killer. His work was killing at least 49 women in Washington state throughout the 1980s and 1990s. He did it all while maintaining marriages, parenting and church-going, and he seemed very much the word neighbors often use to describe men who turn out to have headless torsos in their freezers. Which is to say, he seemed very, very nice.”

O’Toole found that the most dangerous criminals are often the ones who come across as the most harmless. That’s how they’re able to continue harming people. She says we put ourselves in physical or emotional danger in dozens of ways every day, from online dating to having someone come to our home to do repairs to hiring a financial planner.

So what should we do? Should we be paranoid and mistrustful of everyone all the time, especially when our guts tell us all is well?

No, says O’Toole. Since our gut feelings aren’t reliable, we need to have another system in place.

Instead of reacting instinctively, she suggests that we follow a process she developed to evaluate threat levels from people and situations over her years with the FBI. She calls the process “SMART:” an acronym for “sound method of assessing and recognizing trouble.” She lays out this method in detail in her book, Dangerous Instincts: Use an FBI Profiler’s Tactics to Avoid Unsafe Situations. Her SMART method teaches you how to determine the true risk any given situation poses, although nothing is foolproof.

When I read this book last year, to tell you the truth I thought she was the most paranoid person on the face of the earth, and I still don’t follow her advice in every situation…but I should. In light of her experience as an FBI profiler, I can understand her mindset and her wisdom. Using the same type of  questioning she teaches to law enforcement, she says we can learn to evaluate boyfriends, contractors, employees, nannies and the like. “This gives people the ability to be their own FBI profiler in everyday life.”

Let’s say you’ve recovered enough to feel ready to do some online dating. How do you assess someone’s online profile, and what questions should you ask? Here’s an example:

“Brad’s profile catches your eye right off. He describes himself as “fit and good-looking,” and says, “I’m looking for the perfect soul mate I can love forever, someone who will love and take care of me.” O’Toole writes about the case of William Michael Barber (the “Don Juan of con”) who romanced victims via dating sites, married them, cleaned out their bank accounts, and then disappeared.

Back to Brad’s profile. There are negative behaviors to watch out for. “If you’re going to be online dating, look at the words in profiles,” she says. Look for lots of I/me statements that could indicate narcissism. And, from the above profile, the guy describing himself as good-looking could be a narcissist, she says. (She also points out that his adoring niece might have written his profile.) Plus, your own vulnerabilities can color your perception of him. If you ignore his initial neediness because you love that he’s always calling and texting to tell you how beautiful you are, you might wake up five years later with a possessive, jealous husband and think it’s a sudden change, O’Toole says. Watch for patterns of behavior or hints about how he acted in past relationships. A line like “I’m not a game-player,” is a red flag. Perhaps, she says, someone else has accused him of that.

As one victim said, “You’re not getting it. A con man tells you what you want to hear. There’s no reason to have a gut feeling.”

4 Reasons You Can’t Trust Your Gut, an article by Laura Vanderkam

♥ Do you trust your gut to warn you away from dangerous people? Do you think gut instincts are reliable, or do we need something more? 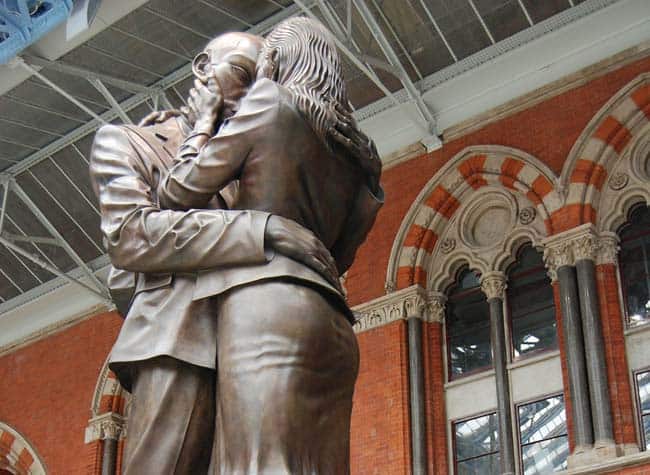 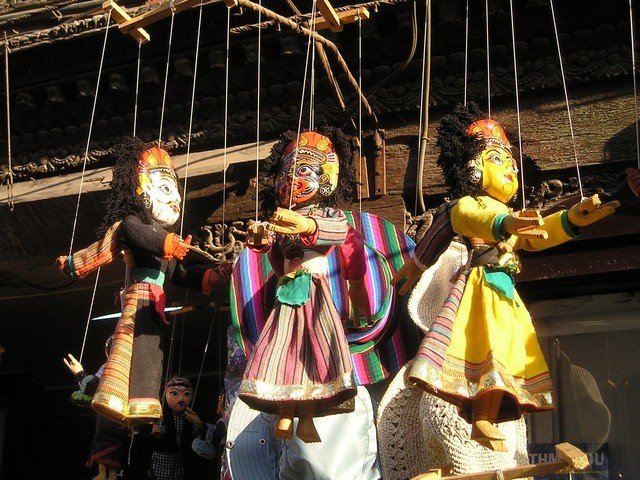 Greatest Hits, Vol. 1: How Can You Tell if You’re Being Manipulated?